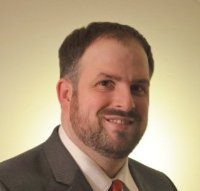 John returned to Lendmark Mortgage Corporation in August of 2017 as the VP of Business Development and Senior Loan Officer. Prior to accepting the position, John was the Retail Sales Manager for Bank of America’s Boston Mortgage Team. In this role, John oversaw a large group of Loan Officers while managing Origination, Processing, Closing and Compliance Operations including the hiring and training of the Sales teams. Before starting at Bank of America, John had previously worked with Lendmark Mortgage Corporation as their Operations Manager and as a Loan Originator.

John prides himself upon being able to provide first time homebuyers with the education and direction needed in making one of the greatest decisions that they may make during their lifetime. John’s many years as both a processor and underwriter prior to being a loan officer has given him a unique understanding of the mortgage application underwriting process and allows him the ability to think like an underwriter.

John obtained a Bachelors of Arts degree in Economics with a minor in History from the University of Massachusetts at Amherst. Additionally, John is the Chairman of the Northbridge Housing Authority, a non-profit entity serving the housing needs of low income senior and disabled residents of the Town of Northbridge, MA. John is also a rabid Boston Bruins fan and an active musician, having played in numerous rock bands since his college days.

John lives in Whitinsville, MA with his wife, Alyssa and their two young daughters.